One of the most breathtaking places in the world, Tahiti, is actually comprised of several beautiful islands. The eastern islands (Bora Bora, Taha`a and Huahine) are the most famous and the most appealing to tourists. If you are still having doubts while choosing the perfect destination for your next family vacation, planning a getaway from the daily grind, or imagining the honeymoon of your dreams, French Polynesia should be the fulfillment of all the dreams you never knew you had.

If you think that Tahiti is just another one of those islands where the thing you can do is enjoy the sun for hours, watching the ocean touch the golden sandy beaches, you are wrong – there is much more to it than that!

Papeete is probably the first island you are going to visit because the airport is located there. If you are looking to experience the urban areas of Tahiti, this is the right place. Also, this is probably the most affordable island, so if you are planning to be rational when it comes to money, you could spend a few days there. However, French and the local language are dominant here, so you will probably have some difficulties in communication. You should also make it a point to see one of the most interesting landmarks on the island. At the entrance to the Tahiti museum you can find the anchor of Captain Cook (lost during the late XVIII century when he was trying to land on the coast of Tahiti during a heavy storm) which was found and completely restored in 1978. 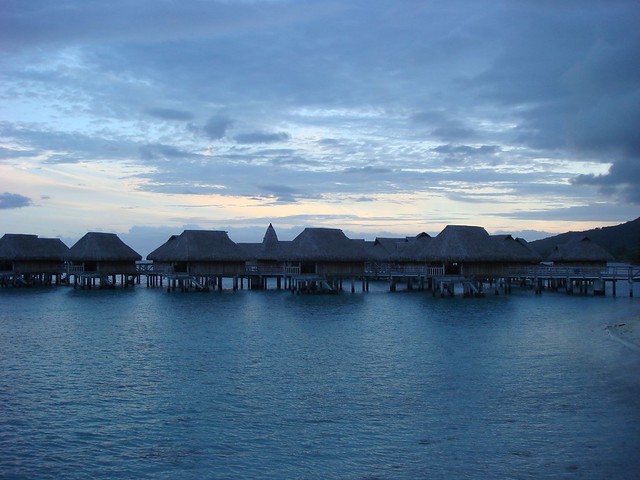 Moorea you can find a dolphin center where you can book a half an hour long swim with these amazing animals. These magnificent creatures will make you feel a joy which you haven`t experienced for a long time. However, if you are one of those people who doesn`t appreciate seeing them imprisoned in a facility, you can also hear them singing freely in their natural habitat – areas such as Tiputa Pass are one of the places where they have taken up residence. If you are brave enough you can try a different kind of adventure – swimming with sharks off the coast of Bora Bora, after which you can spend the rest of the day watching a beautiful sunset, drinking tropical cocktails and recording the impressions of what you have just experienced.

Tahiti’s food is famous all around the world. On these islands the best of the world’s cuisines are mixed and matched, starting from French and Italian to Polynesian, Vietnamese and Chinese. If you want, you can even find American fast food restaurants. However, we suggest you absolutely should not leave Tahiti without trying a few of the very best national dishes. As expected, the national cuisine of Tahiti is based on a variety of fresh seafood. If you like to experiment with food you can try Poisson Cru – raw tuna marinated with coconut milk and lime juice. You should also make sure to try the coconuts, which can be found all around the islands, as well as the pineapples, which mostly grow on Moorea. 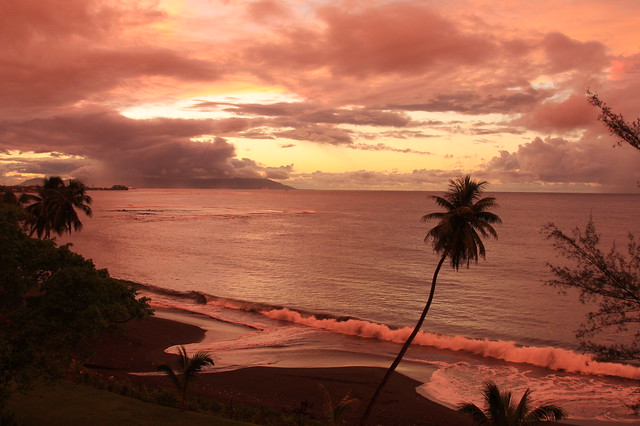 Although it seems that you need to recount your money, you don’t necessarily have to break the bank. Some Tahitian holidays are more affordable than you may think. Tahiti offers a wide range of hotels, from small beach hotels with a boutique feel to them, to elite hotel spas on Bora Bora or Moorea. Again, it all depends on your needs. Tahiti is famous for its overwater bungalows, some of which even have glass floors, allowing you to watch the underwater life right from your bed. (Yours truly has spent every morning of her honeymoon watching a specific fish swim around under the coffee table.)

>Whatever you ultimately decide to visit, eat, drink and do while staying on the islands, soak up as much of the sun and salt as you can. Tahiti may happen only once in a lifetime, and while the beds may be some of the best in the world, don’t spend too much time in them! You don’t want to miss paradise!

We always welcome guest authors. Take a look at our guidelines for more information or email jess@love-adventure.co.uk